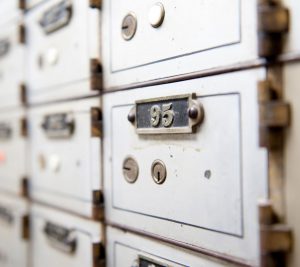 We Take Pride in the Communities We Serve

Edgar County Bank opened its doors in 1873 with a single mission: To help people achieve the American Dream. That mission is as true today as it was 147 years ago.

Over time, we’ve grown alongside the Central Illinois community—and thanks to your support, we’ve expanded beyond Edgar County. That’s why, effective immediately, Edgar County Bank is now Prospect Bank: a name that reflects who we are today, and our plans for the future.

We believe in the people of Central Illinois. As Prospect Bank, we’re not going anywhere. We’re going everywhere—and we’re excited to show you what we can do for you.

If you have any questions about our name change or anything related to Prospect Bank, don’t hesitate to contact us.

Our beloved headquarters, it is said the town got its name from an old jack oak tree in the center of town that was found with the word “Paris” carved in the side.

From time to time, we provide links to other websites for the use of our visitors, which have been compiled from internal and external sources. By clicking “Continue” below, you will be opening a new browser window and leaving our website. Although we have reviewed the website prior to creating the link, we are not responsible for the content of the sites.

Information on linked website pages may become dated or change without notice, and we do not represent or warrant that information contained on these linked pages are complete or accurate. We suggest that you always verify information obtained from linked websites before you act upon such information.

The privacy policy of this bank does not apply to the website you visit. We suggest that you always verify information obtained from linked websites before you act upon such information.